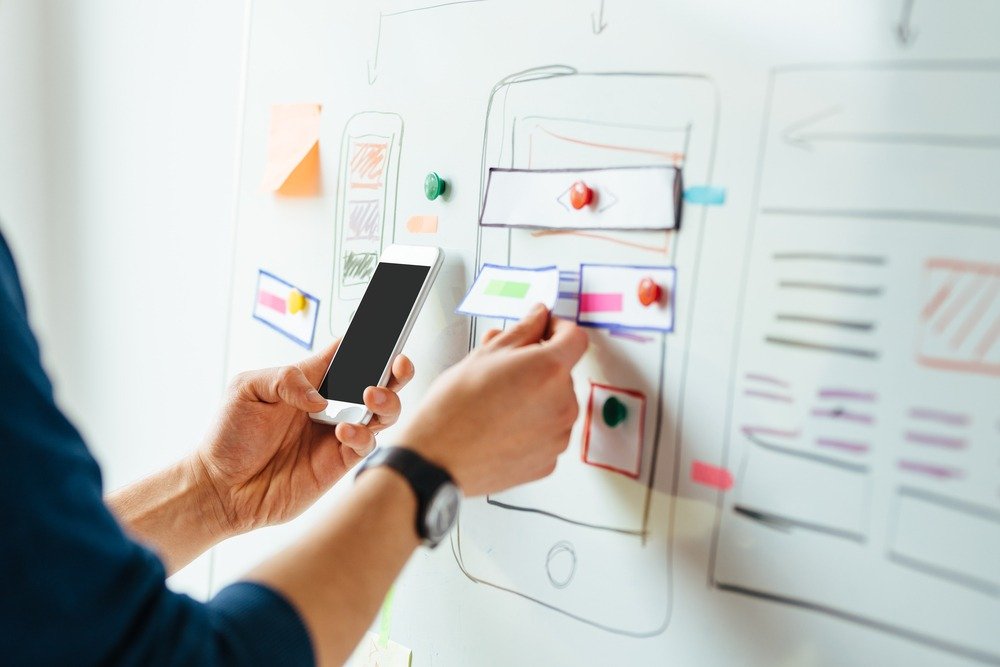 Is there any sense in making a mobile app with React Native and what advantages does it offer?

We are talking about a JS framework created by a Facebook team. It allows writing hybrid mobile apps, which operate on iOS, Android, and Universal Windows Platform platforms and look virtually like native apps.

Let us explain briefly the difference between native and hybrid apps:

The app of the first type is developed individually for each platform, taking into account all its specific features.

The hybrid app is created once, but for all platforms.

Would you like to raise your awareness of differences between these two types of apps? Please, read our article.

Basically, the apps built with React Native are somewhere in between the platform-specific and hybrid ones. It is safe to say that this framework presents the future of mobile app creation and eliminates the distinction between two approaches to building apps.

Let’s have a closer look at five key reasons in favor of React Native app development.

these apps are built with JavaScript, one of the most popular programming languages. The developer writes the most part of the code in Javascript - the language which is common for all platforms and this code interacts with OS-specific components. As a result, we

NB: definite issues require a particular approach for each platform. For example, design for iOS and Android is to be developed individually.

Actually, an experienced full stack developer (a developer who has experience both with frontend and backend components) can start working on React Native mobile apps without any special long-term training. To start with it you should be experienced in Javascript code and know React. In any case, any high-quality product both for Android and iOS requires certain experience. The platforms have a number of similar and specific features. So, the risk of confusion in the course of creating an app is rather high. In other words, this framework is simple and easy, provided that the developer understands what is to be done and what is to be achieved in the end.

NB: Creating a React Native app for Android, you can operate either in Linux, or Windows. But building an iOS app with React Native, the developer is expected to operate in Mac OS X.

cross platform nature and easy handling save time needed to implement the project (as compared with creating apps individually for each platform). Additionally, the time schedule is positively influenced by support of an advanced community of React developers: there are a lot of online plugins (built-in modules) to be utilized in this framework. Their use can also facilitate the developer’s work.

NB: if you have already decided to build a hybrid app, but are not yet sure which tools to use, we recommend you to develop hybrid mobile apps with React Native. In this case, the project may take a bit more time and money, as compared to the use of other hybrid frameworks. But at the same time, your finished product will look and behave like a platform-specific app.

Behavior and appearance of mobile apps created with React Native are similar to ones created specifically for each platform. These are actual mobile apps capable of meeting expectations of the user accustomed to Android or iOS. In a way, the framework occupies its own niche in the mobile products sector: it is ideal when you need speed of native apps, but not their complexity (in other words, for small and mid-sized apps).

NB: despite all the above benefits, it is recommended to use platform-specific development for larger apps, involving complex processing of video information or operations with massive data volumes.

the next significant advantage: updates are installed in the apps automatically; there is no need to perform a standard manual installation procedure through App Store (for iOS) or Play Store (for Android). Automatic updates of all the user’s apps exclude the possibility of any problems with previous revisions.

NB: it should be considered that such updates are only possible for the part of the app written in Javascript. Any updates intended for the platform-related components are installed in a conventional way.

The above reasons are sufficient to get an idea of pros and cons of using React Native and understand whether it is suitable for building an app in your specific case.

In any case, this is you who will have to take the decision. We just need to remind you again that first of all you should take into account unique features of your future project, the experience of your developers' team and specific conditions of the project.

Looking for experienced specialists to develop a mobile application? Umbrella IT team is ready to assist!

As we promised at the very beginning of the article we have discussed five reasons to use React Native for mobile development.

We commit to the principle to give our clients more than we promised, so, please, find the traditional Umbrella IT bonus - one more advantage, which we would like to share with you:

An undisputed benefit of this framework is that it can easily be combined with app code components created in Objective C or Swift for iOS or in Java for Android.

On the one hand, you can add platform-specific components to React Native apps, if say, you need higher performance. On the other hand, you can use components created in this framework in native apps, for example, to add certain functions for both the platforms at once (e.g., as in Instagram).

NB: a list of companies successfully using the apps developed with React Native is an ultimate confirmation that it truly stands out among other tools: see, for example, Facebook, Instagram, Walmart, etc.

Risks Associated With Implementing IT Projects: Where Should You Use a Fine-tooth Comb?

Pain-free Integration of an Outside Team Into Your IT Department