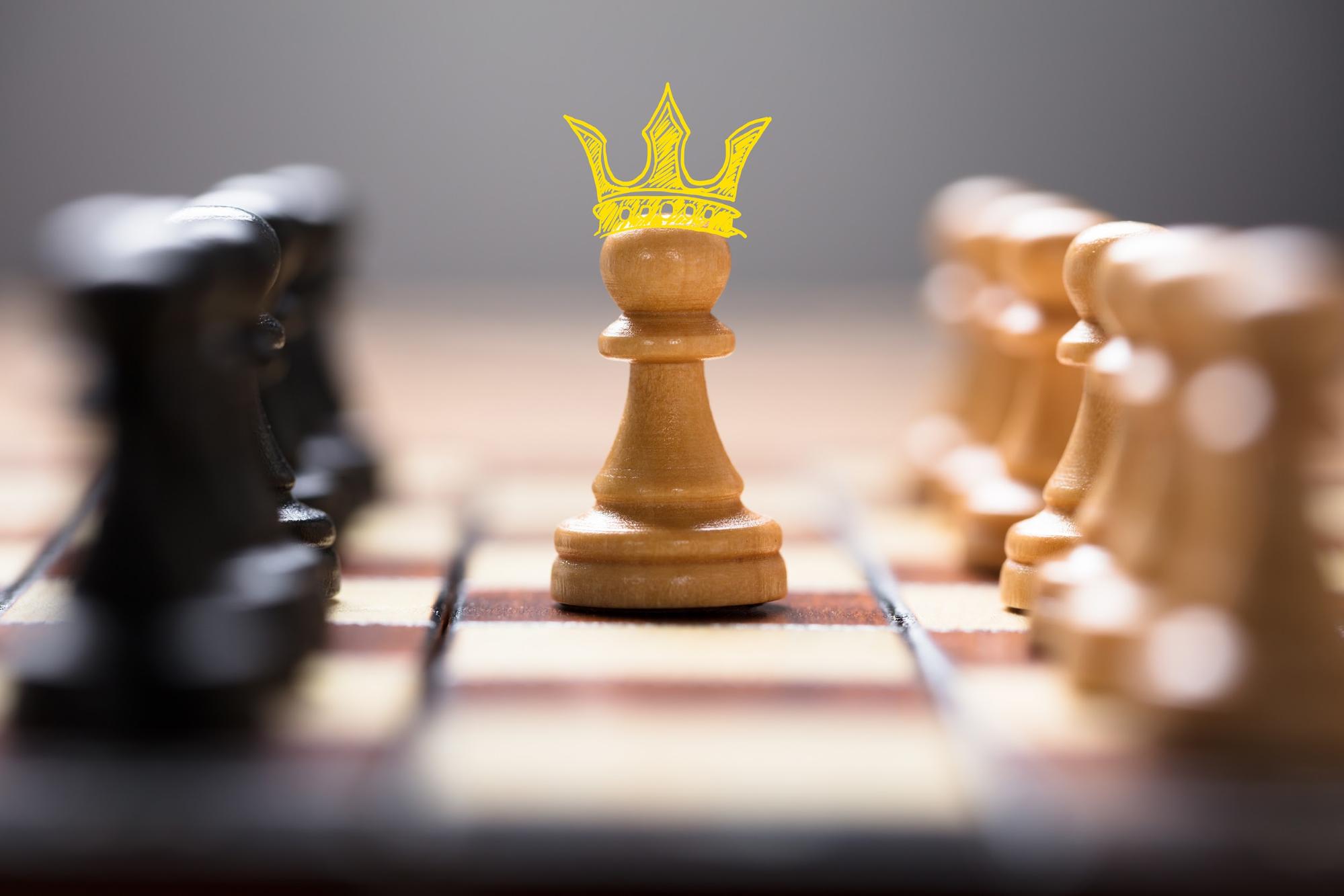 As it is obvious from the heading, this article will run on choosing the best of three frameworks for Node.js: Express, Koa and Sails.

At the end of the article, we will tell you which one is preferred by Umbrella IT company and explain why the chosen framework is worth paying special attention.

From the beginning, we should say that the task is rather complicated, and it will be difficult to proclaim one of the variants to be optimal and suitable for every occasion.

We will start our article with the description of the basic characteristics of each framework. As soon as you have a general idea of each, we will compare three frameworks based on some key criteria.

And now let's return to 2009 when Ryan Dahl's two years of experiments on creating server-side web components were crowned with success and a fundamentally new technology appeared.

Node.js - is an event-driven platform, which is used to create web applications and provides for the ability to use JavaScript on the server side.

Since before Node.js appears JavaScript language was used only on the client side, the appearance of such a platform was received by the developers enthusiastically. In fact, this opened new opportunities for creating apps with high performance and scalability.

It shall be admitted that the developers’ expectations were confirmed, and at the moment Node.js retains popularity and continues to move forward.

In order to be sure, you just need to follow the frequency of releases and scope of changes made.

The Node.js community is growing and developing. New ideas are regularly generated, and as a result, new tools and libraries are emerging.

Due to these progress rates, the developers have at their disposal a wide range of frameworks, and this variety, as a rule, implies a complex choice.

In our article, we will select one of three MVC frameworks, which are used for the server side (backend) of Node.js applications.

MVC  (Model-View-Controller) - is a software pattern, which includes three components: Model, View, and Controller. All three components can be changed independent of each other. In this case, the Model provides data and rules of control logic, the View is responsible for displaying data on the user interface, and the Controller is in charge for interaction between the Model and the View.

We have chosen the following frameworks to be compared to this article:

Each of these frameworks has its own followers and opponents, who can endlessly argue with each other, putting forward their own pros and cons.

But in this case, all three variants have certain characteristics and features, which provide for advantages in specific situations.

The first one to describe is the simplest framework used on Node.js.

Express has been used for developing applications for quite a long time and reasonably holds a strong position of one of the most popular Node.js frameworks due to its stability.

Many detailed manuals and descriptions have been written for this framework by the developers having tested its effectiveness in practice.

These factors allow positioning Express as the most popular Node.js framework.

Besides, Express is recommended to start with, if you intend to learn how to develop Node.js applications.

You must admit that it’s much more reasonable to make use of the proven experience than to re-invent the wheel.

Express is distinguished by the minimal basic functionality of its own. Any other functions you need you shall collect additionally using external modules. In fact, Express in its pure form is a server and it may have no modules at all.

Due to this minimalism, the developer is initially presented with an easy and fast tool, which can be extended and developed.

It is no less important that the choice of modules for Express is not limited in any way: neither in quantity nor functionally.

As a result, this framework provides the developer with the possibility to solve any task without any limits in choosing the tools.

On the one hand, this is good news that each application being created will be unique due to the absence of ready-made universal solutions.

On the other hand, the developer who chooses Express.js when creating a Node.js app, shall independently select and arrange modules, and this requires a large amount of work and more developer’s time and efforts, accordingly.

✓ wide choice of modules to be included

✗ much manual work to be done

Koa was created by the team of developers as  Express.js alternative of the new generation. Such an improved version was developed to create web apps and API with improved performance. Accordingly, the creators strived for taking into consideration all the shortcomings of the predecessor and making it more up-to-date and easy to use.

Let’s see whether they succeeded.

Koa as a Node.js MVC framework is characterized by almost the same functionality and is lighter than Express.

The specific feature of Koa is the usage of ES6 generators.

Generators represent a type of functions, which can be started, stopped and resumed regardless of their execution status, and continue to save their content in the process.

Usage of ES6 generators in Koa makes it possible to exclude callbacks, and reduces the scope of code activities for developers, and decreases error probability.

Due to the fact that Koa creators have already taken into account the cons detected in the course of Express usage experience, this framework can be proud of the fact that its usage significantly facilitates adaptation to specific customers’ requests  (customization). And this feature can eventually make the balance tilt to this framework: today, under severe competition conditions, every application tends to use its own style.

If we now turn to disadvantages, they refer mainly to the relative youth of Koa (appeared in 2013). The framework does not enjoy the support of such an extensive community as Express and has not had enough time to prove its abilities.

✓ wide choice of modules to be included

This framework is designed as a complete finished product, which already covers enough functionality so that you could start working with the minimum external modules.

So, initially, this framework will be heavier than two previous frameworks.

On the one hand, it requires minimum efforts on the part of the developer as this is the framework own functionality that is used to create the application. There is no need to go into details of the process ‒ you have a proven ready-made solution at your disposal.

On the other hand, development of the application will be limited to the functionality of the framework since there are much less external modules for Sails than for Express or Koa.

Sails.js performance can be called comparable to that specific to a standard Node.js application.

Another distinctive feature of the framework is the built-in programming technology Waterline ORM (Object-Relational Mapping), which is used to provide communication with various databases.

Usage of this component could be referred to the advantages, but you may face certain limitations in the process of work. For example, Waterline does not support transactions, and new features and bug fixes are not entered promptly.

In general, until recently slower development was typical of the entire Sails community, especially compared to other ones supporting the above described Express and Koa. But it should be noted that at the moment the Sails community has nevertheless begun to gather speed and develop more actively.

✓ all documentation is in one place

✓ Sails-experienced specialist is easier to be found

✗ documentation is not detailed enough

We have described the basic features that are characteristic of three frameworks, which are quite sufficient to form an objective opinion on the issue.

If you still have any questions, contact us right now!

Umbrella IT offers you a kind of the comparison table to help you compare visually three Node.js frameworks based on the features specified.

Let's make a general conclusion from what we already know about three frameworks under consideration. We will determine what types of projects each of them is recommended to be used for:

Express.js is suitable for:

To be on the objective side let’s mention that real-time apps can be created using Express. However, developing and setting up of such an app using Sails requires less time and efforts.

Now, as we have considered in details pros and cons of each framework, let’s speak about the framework chosen by us and clarify the reasons which account for this choice.

We choose Koa for the following reasons:

… and the most significant argument is the own positive experience gained by Umbrella IT experts when using Koa in practice.

Whether you are going to follow our recommendation or make your own decision and choose another framework ‒ anyway the choice is yours.

In any case, treat the decision from a reasonable point of view and give preference to the framework, which is equipped according to your specific requirements.

We are always ready to support your choice and assist you in turning your project into reality. Do not hesitate to contact Umbrella IT right now!

Customer Development: The Company Site That the Client Built

Risks Associated With Implementing IT Projects: Where Should You Use a Fine-tooth Comb?

Pain-free Integration of an Outside Team Into Your IT Department

Umbrella IT Is Renowned as One of the Leading Russian Companies in Web and Mobile Development According to GoodFi...

The Bane of Online Retail: How to Avoid Abandoned Carts