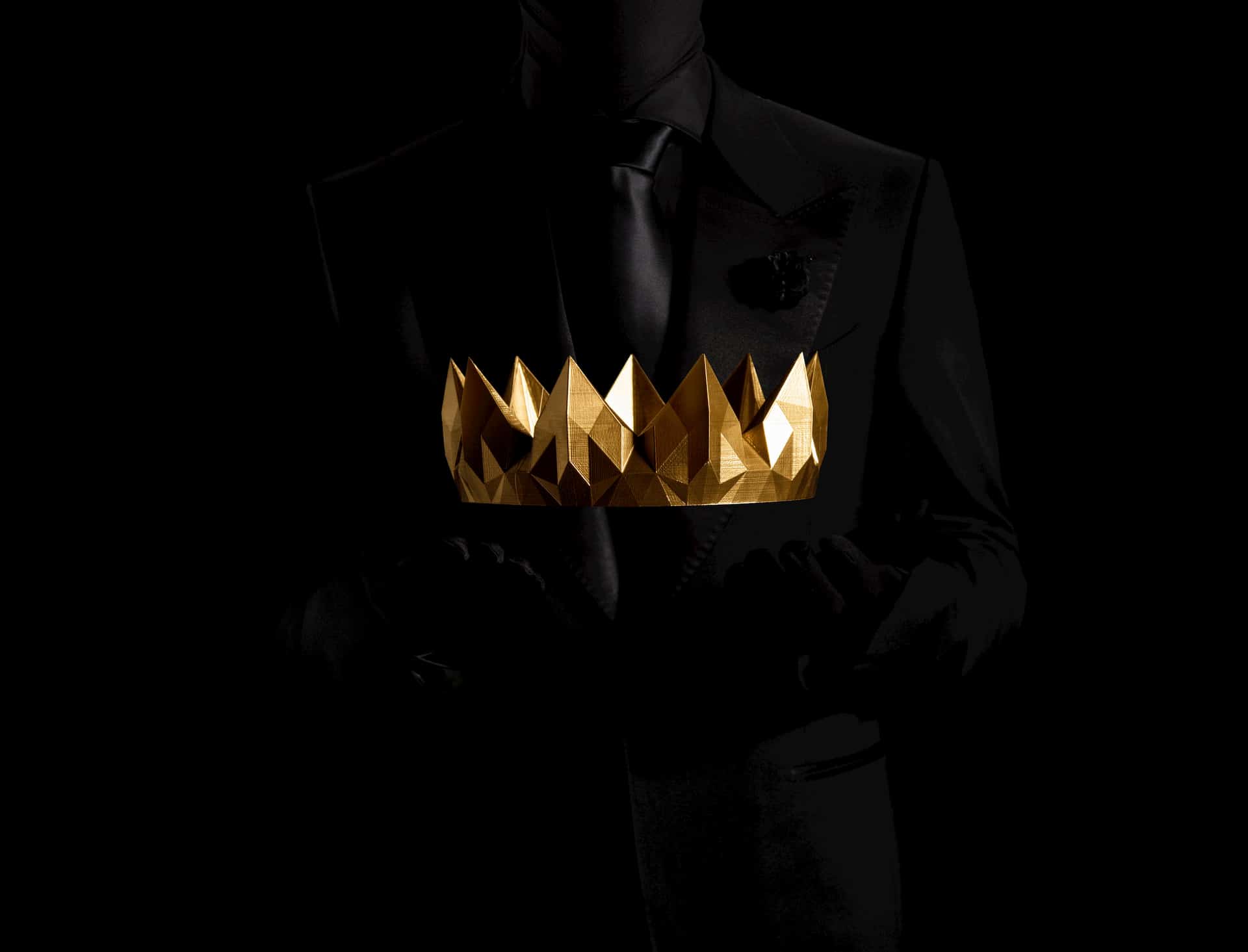 Blog / Uncategorized — IT-Leaders and Rulers from the Past: Parallels of Success You Could Have Missed. Pt.2

IT-Leaders and Rulers from the Past: Parallels of Success You Could Have Missed. Pt.2

The ambition to grow into one of the most prominent IT leaders requires a number of definite traits that will bring you to your own empire. The previous article of the series throws light on success stories of the greatest IT figures. Stories that have much to learn from.

Today we will tell you about what helps Alexander the Great of our time to lead in new niches of the market, and how to effectively join forces to get the maximum profit!

He became a leader in his industry due to persistence, vision of the company for many years to come, strong as steel character and huge diligence. It's certainly about the charismatic Jack Ma, the founder of the empire of Alibaba.

Jack Ma is an ambitious entrepreneur from China, who managed to reach a completely new level of growth. It is noteworthy that this extraordinary person has an English name, which isn’t associated with his native country in any way, while the name of his company rather resembles the eastern Arabian tale.

Jack himself can be compared to Alexander the Great. In fact, they have much in common; both men had a tremendous impact on the culture of their time.

Alexander the Great did not just conquer half the world, he conquered by creating; paving new trade routes. Alexander the Macedonian aspired to unification and mutual enrichment of various cultures, he liked to hold large-scale mass festivities to strengthen his authority.

Jack Ma's company became a breakthrough in e-commerce and opened amazing opportunities for people from all over the world, providing users with top-quality and convenient services.

Alexander the Macedonian became famous thanks to his military innovations, among which we should mention the Bactrian cavalry - a special detachment of ferocious and skillful mercenaries. Unlike the Greek, the Bactrian cavalry was lightly armored, which gave it greater mobility.

Jack Ma is also an innovator in his industry, he developed his own payment system Alipay. The special feature of this system is that money arrives to the seller only after the transaction is successfully completed and the buyer has no claims. Neither party pays any commission for the transaction, which contributes to the company's excellent reputation.

In addition to the e-commerce, Alibaba actively pursues the development of logistics and software. To achieve maximum mobility and interchangeability of his employees in a rapidly changing market environment, Jack Ma’s company uses staff rotation.

Jack Ma knows that everything starts with employees. And before you capture new untapped market niches, you need to strengthen the morale of your empire.

Jack's company has a well-developed corporate culture; employees make joint trips, participate in competitions; moreover – they even practice choral singing and annual large-scale marriages, in which Jack Ma acts as the best man. The event is timed to coincide with the company’s foundation anniversary day - May 10.

Jack’s company grows and develops rapidly, tapping new markets; Alibaba promotes the unification of people from all over the globe, providing simple and convenient ways of communication and interaction.

"The world doesn’t care what you say, what you do makes all the difference" - Jack Ma says.

During his military career, Alexander the Macedonian conquered vast territories and founded more than 70 cities. The empire of Jack Ma is no less colossal. Alibaba has over 50,000 employees and over 70 offices around the world: in England, Germany, India, Italy, the Netherlands, the USA, France, and Japan.

Alexander the Macedonian and Jack Ma drew inspiration from novels

Jack Ma, in his turn, learned a lot from Forrest Gump – a character in the feature film directed by Robert Zemeckis based on the novel of the same name, written by Winston Groom.

Forrest Gump never gave up and always believed in what he was doing. This character overcame all difficulties thanks to his vitality and unshakable purposefulness, in the end, he became a war hero and a billionaire. Jack Ma often quotes this character.

Alexander the Macedonian achieved success primarily because he set goals and confidently stuck to the plan, never giving up. Jack Ma lives by a similar code and believes that the main thing is to work hard and believe in yourself.

Jack Ma is convinced that it all depends on the strength of will and the desire to win, and to err is human, so it is ok to make mistakes; in every failure, Jack always looks for new opportunities.

Alexander the Great and Jack Ma conquered vast territories, each of them had a great influence on the culture of his era. Now Alibaba rapidly gains popularity all over the world, and its turnover surpasses by far those of competitors, such as Amazon and eBay.

As we have already said, the rulers of the past achieved success through innovations. The same thing happens in our time.

It all starts with a search. Next, we will talk about the most famous search engine in the world.

Tsar-innovators united in a tandem

Drawing historical parallels, we should mention Hanging Gardens of Babylon constructed by the famous Babylonian king Nebuchadnezzar II (605-562 BC). Of course, the ruler did not construct the Gardens by himself, he hired professional architects to implement the idea.

The Hanging Gardens of Babylon resembled a stepped pyramid-oasis, with the basis of about 42 by 34 meters.

Interesting fact: the irrigation system of the Hanging Gardens was based on the principle of Archimedes screw, developed around 250 BC. Nebuchadnezzar II did not invent the Hanging Gardens; he became famous thanks to the unusual method of water supply, as a consequence – he went down in the annals of history.

According to one version, Nebuchadnezzar II, together with the Median king Cyaxares, defeated the Assyrian army. The kings divided the land, and Nebuchadnezzar married the daughter of Cyaxares, whose name was Semiramis.

There was a similar situation in our time, though for the sake of a technical progress. We are talking about the tandem of two greatest people of the IT-era: Larry Page and Sergey Brin, they also thought unconventionally, as Nebuchadnezzar had done, thereby achieving overwhelming success.

The union of Larry Page and Sergey Brin is one of the most telling examples of how great empires of our time are built. It is noteworthy that Sergey and Larry are representatives of two different continents.

How Google and Hanging Gardens of Semiramis got their names: interesting facts:

The name Hanging Gardens of Babylon originated from the incorrect translation of the Greek word Kρεμαστός (kremastos, i.e. hanging). In fact, the green plantations were not hanging in the air, the gardens were arranged at different elevations; climbed along the outer edges of terraces and created a stunning optical illusion of floating in the air.

According to the modern legend, Larry and Sergey planned to name their company Googol after the number in the decimal system represented by the digit one with 100 zeros. However, investors who wrote out a check for the project made an error, naming the project Google. As a result, Brin and Page quickly changed the name of their project to Google.

The Hanging Gardens of Babylon constantly revived, just like Google does in our days

Nebuchadnezzar had a peculiar interest: he ordered to dig and deliver to Babylon all the plants that he liked, thus, making the Hanging Gardens even more breath-taking, because they had a great variety of vegetation of all kinds - from grasses and shrubs to trees.

And here we can draw another parallel with Google that often focuses its attention on promising projects and companies, subsequently buying many of them. The number of companies Google acquired exceeded a hundred, including Motorolla Mobility. Thus, Google actively develops already existing projects and launches new ones.

Nebuchadnezzar’s interests extended beyond the Gardens, the period of his reign heralded an era of construction - new roads were built, temples and palaces were erected.

In our era, Google is also full of diversity. In its splendor, Google, later turning into an international conglomerate Alphabet Inc. can be compared to Babylon, since Babylon was one of the largest cities in the history of mankind.

Google has moved beyond the search engine, it has a number of other products, including Gmail, Google Chrome, and many others. Google constantly develops and improves new features; it employs specialists from around the world.

Kings of the IT-era can learn a lot from their predecessors. Despite the fact that times have changed, the basic needs of people remain the same: craving for comfort and safety, recognition, respect, learning of the world around and self-development.

When creating your own great empire, don’t forget:

Any questions left - ask Umbrella IT!