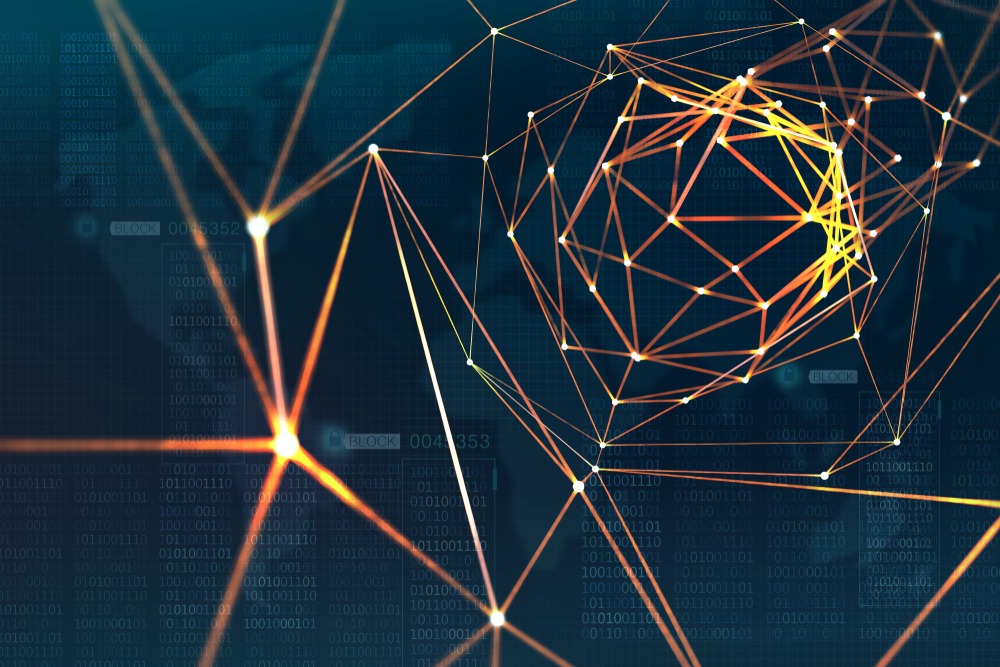 Blog / Emerging technologies — How to Create an Application That Works With Blockchains?

Information about blockchain is sketchy: the complexity of technology, expertise scarcity, media hype, and common confusion with cryptocurrencies have created a distorted picture.

However blockchain development forges ahead: it’s not a long ago when the majority of blockchain-projects our team was involved in were limited to the financial sector (in particular, cryptocurrency apps). Today applications for various business sectors are in the highest demand among our clients - from retail and advertising to logistics and social media.

One of the latest blockchain projects we were working on was the app for a supermarket chain. The project was aimed at supply chain management automatization. Our app enables us to track the product transfer through the complex network from a manufacturer, supplier, and distributor to an end-buyer. Algorithms for smart contracts creating and generating digital signatures are a solid guarantee that the altering or integrity violation of the chain including the product data is impossible.

The number of requests we received and committed projects to develop blockchain-based applications clearly demonstrate that the demand for such projects catches fire.

There are three solutions to build your own blockchain app, the choice depends on what particular purposes you have in mind:

1. Use A Platform For Blockchain-apps

App development with a ready-to-use blockchain on a specialized platform is the easiest and fastest way possible.

The most popular platforms are:

The platform choice depends on the complexity and goals of a project. While developing a decentralized project, we usually use the Ethereum platform. One of our first projects on this platform was a blockchain lottery. Blockchain technology excludes lottery scums and a smart contract system enables an automated prize payout directly to the winner’s account. During the development process, we were satisfied with the platform matching all of our criteria: versatility, flexibility, and development speed.

Implementation of blockchain on the Ethereum platform requires the creation of a new smart contract in a high-level language Solidity a syntax that is very similar to JavaScript. Afterward, the contract is uploaded into the Ethereum network which already has its API and everything needed for a fast launch of a final product.

However, it's not all that simple because in this case Ethereum blockchain platform is used. For this reason, each transaction and each change in a smart contract is charged an ETH fee for use of platform computing resources. This fee is collected by the miners who keep the network operational. That means that your costs will increase in proportion to your business development and app’s growth in popularity.

On average the development of the blockchain app’s core using a platform takes 2 weeks.

2. Deploy Your Own Network Based On The Open-source Platform

Once again Ethereum comes to help. Ethereum is a platform with an open-source code that experienced developers can adapt to the tasks and objectives of a specific project and create a unique, self-sufficient, and decentralized project having deployed their own Ethereum-like network.

In the first place, this solution is appealing due to its self-sufficiency: your network  - your rules. Open source software saves the time and resources that you need to deploy your own net.

App development with a personal blockchain network being deployed takes a minimum of 1 month.

3: Create a Blockchain Project From Scratch

Blockchain development from scratch implies the creation of an app in one of the high-level programming languages (С, С+, С#, Java) including the enormous use of cryptographic algorithms. Cryptographic algorithms are the fundamental basis of the blockchain. Various procedures consisting of complex arithmetical operations verify the data inside the information block that, basically, transposes the blockchain development to the field of math rather than programming.

Blockchain development from scratch is a time-taking process that takes 6+ months.

From Theory To Practice

Our experience shows that in most cases if you need a blockchain app to be developed, the most preferable solutions will include either using a specialized platform or deploying your own network powered by an open-source platform.

The ready-to-use blockchain enabled us to develop an app for healthcare. The app helps a user to take fast and professional medical advice and provides data security and privacy using cryptographic algorithms. ETH was used as a medium of exchange.

Each party - in our case, these decentralized communication parties are a doctor and a patient - can leave feedback, which is accessible to anyone and can’t be falsified due to the digital signatures and blockchain network.

This architecture is universal and suits any industry or business field.

The unique blockchain app made by experienced developers will become an indispensable tool for your client and a booster for your business.

IT Audit of Business Processes. Better Prevent Than Cure