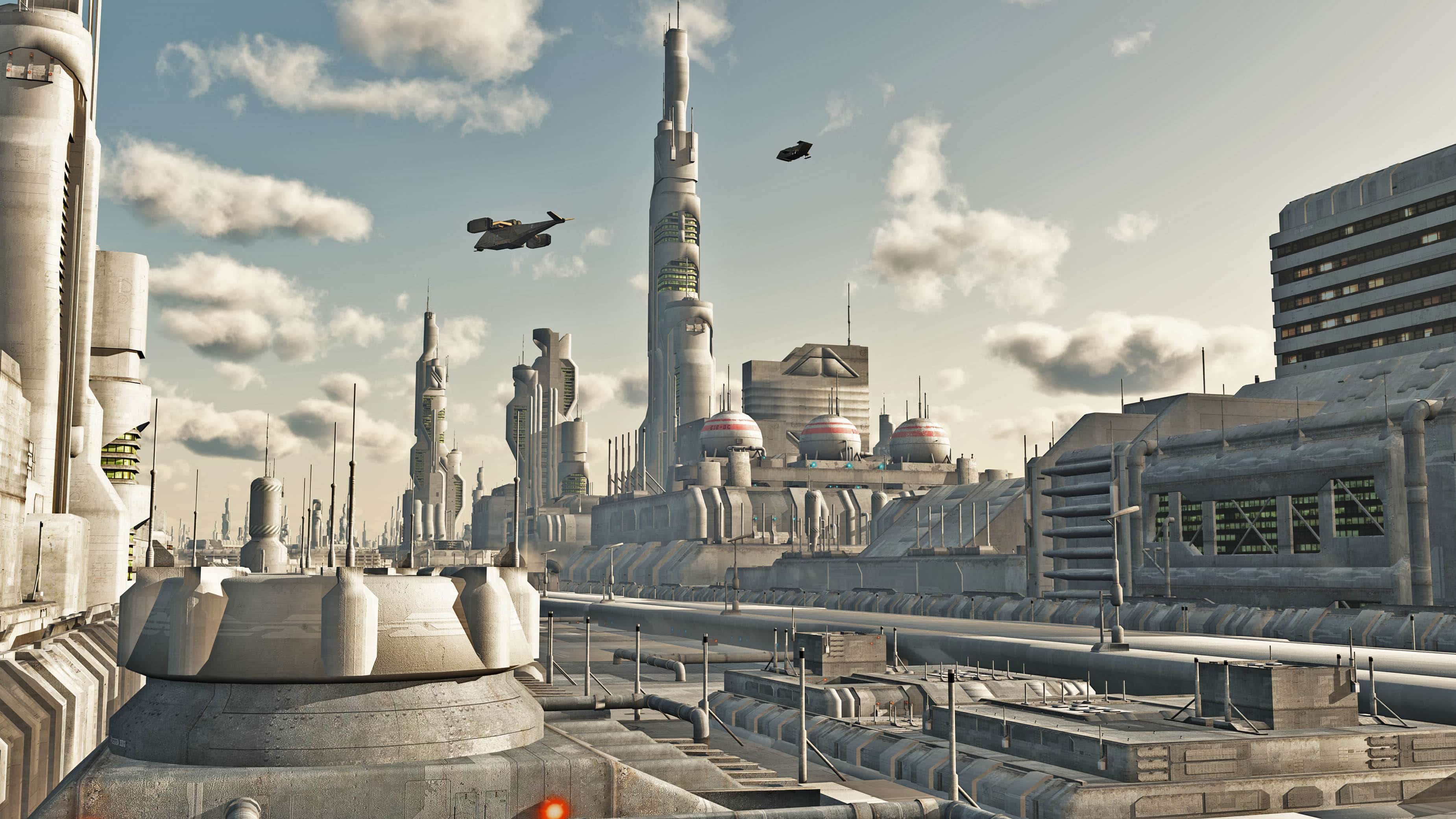 Blog / Emerging technologies — Future-Proof Fusion of the Most Promising Technologies: AI, IoT, and Blockchain in the Same Boat

Nowadays the cutting-edge technologies are the source of inspiration for the most diverse and sometimes fantastic theories and forecasts. Umbrella IT team is more a realists than a dreamer. We do enjoy sci-fi movies and books but are used to being guided by facts. From today's article, you will learn to what extent the predictions are real that refer to the technologies in the  IT community spotlight: the Internet of things, artificial intelligence, and blockchain.

There is no point in doubting: these topics have become the most discussed in 2017. But speaking and practicing are two different things. Let's check what has already been done and what is planned to be done in the nearest future.

The first to come is IoT as objects that can be touched. Though the perception of the physical realization of the technology is the matter of taste, the numbers and statistics do not lie.

On January 04, 2018, IoT Breakthrough independent organization named the winners recognized as the best in the global IoT market and awarded 2018 IoT Breakthrough Award. The number and variety of the categories (from connected autos and houses to corporate solutions and alliance of the year in IoT) is another confirmation of the progress in Internet of Things, and you will find more than one familiar brand among the winners (Apple, Sony, Bosch, Samsung, Hitachi, and others).

According to James Johnson, managing director at IoT Breakthrough, 2017 was a record year for the IoT industry due to movement in the direction of actual deployment and monetization of IoT systems.

According to IoT Breakthrough:

An obvious conclusion offers itself: the connection is fail-safe, the travel direction is right.

Emerson is recognized as the best industrial IoT company of the year (2018 IoT Breakthrough Award).

Further, we proceed with the topic which inspired plenty of the most fantastic rumors and is already attributed the potential ability to destroy humanity - to Artificial Intelligence.

But no hostile robots and killing vegetable cutting machines - facts only.

Christoph Peylo, head of the Bosch Center for Artificial Intelligence, answers whether our future provides for intellectual objects that will surround us and be able to take decisions instead of us:

"Definitely! That is already a reality today, to a certain extent. Take our plant in Homburg as an example: here, we use artificial intelligence to scrutinize the effectiveness of our quality control. Artificial intelligence evaluates process and test data to establish which physical checks are actually informative. That will enable products to be manufactured more quickly while maintaining the same quality".

According to Forbes, today 10 effective examples of applying the artificial intelligence include the various cases starting from personal assistants Siri and Alexa to Amazon company with its astronomical profits, Pandora with its revolutionary approach to music streaming, Nest smart thermostat, John Paul - the world leader in the market of the concierge services, etc. And this means the AI technology may be successfully used in the most various areas.

For 5 years in succession, John Paul has been occupying the first position in the list of the top concierge services companies Best of Luxury. One of the distinguishing features of the company approach is the usage of natural language processing, machine learning and AI technologies aimed to create the unique customer experience.

AI technologies help to personalize and customize interaction with the clients, to become closer to them and provide exactly the individual-oriented experience that will serve as the main argument in favor of choosing your company. As a result, you will get increased conversions, better loyalty, improved efficiency and higher profits.

Thus, usage of the AnswerDash software (customers self-service support based on AI technologies) leads to 10x increase in customers engagement and sales growth by 10-30%.

The machine learning can be used, for example, in medicine for processing large amounts of data and taking personalized and more effective decisions, for research and clinical tests.

Examples of the AI technologies application are numerous, and even if you fail to find exactly what your own industry offers, look more closely at the successful stories in other areas. You need only to integrate the information received with your own experience, and, perhaps, this will be you to break the mould in your own field.

You can always count on Umbrella IT experts in implementing your most trailblazing and ambitious projects.

We have arrived at the topic of the most heated discussions, namely, blockchain. It has been much written and talked about in different ways, especially in terms of forecasts and predictions. Let’s see what is going on.

According to CNBC, the results of Jupiter Research survey showed that 57% of large corporations (20 000+ employees) either consider actively the blockchain tech or are deploying the technology.

2/3 of the companies surveyed mean that the technology is expected to be integrated into their systems by the end of 2018.

The Swedish cadastral authority (Lantmäteriet) started using the blockchain solution for a system of registration and accounting of land titles.

Office of Financial Innovation and Transformation of the Bureau of the Fiscal Service launched two pilot projects aimed to explore the cutting edge technologies, namely Robotic Process Automation and Distributed Ledger Technology. The key tasks are to increase efficiency, improve transparency, and reduce paperwork for the Federal Government.

The fact that government authorities have become so active in blockchain experimentation means that we will soon reach a point where corporations will be expected to interact with those authorities using the distributed ledger technology. Whether through basic blockchain-based registration processes or more elaborate data-transfer protocols, corporations need to start thinking about whether or not their existing technologies and ERP systems can support this type of dialogue.

This or that way, the blockchain technology has great chances to show itself. The more careful you get prepared, the more comfortable seat you will get in the train rushing into the future.

As you see, the above technologies are already becoming the part of our future. And they will develop in various areas and directions, and totally unnecessary independent of each other.

The blockchain tech ensures the security of data and transparency of processes. The major players of the Internet of Things industry are aware of the horizons offered due to joint possibilities of the two technologies - and progress ahead.

For the purpose of creating the transparent, safe, scalable and reliable IoT ecosystem Bosch in cooperation with international partners founded Trusted IoT Alliance. The companies joined to build the IoT network supported with blockchain solutions.

Factom company received the grant for creating a blockchain-based system for safekeeping and access to medical data.

The connected devices around us are growing in number, and the extent of the information generated is increasing and requires processing. Such data arrays present a complicated task for a man, and the artificial intelligence comes to help.

Elon Musk, who is known to have warned against the threat of the artificial intelligence for the mankind, at the same time said that by 2019 his cars will become completely autonomous (Level 5).

And starting from April 2018, tests of the fully autonomous cars without a driver are allowed on the public roads of California (The Verge). The real world is getting prepared to welcome the things that looked fantastic several years ago, but with the reasonable approach and elimination of risks they can make life significantly easier.

Tesla - the car rushing at the full speed into the future.

As AI solutions are growing more important nowadays, certain support for ensuring safety, authentication, and transparency on the part of blockchain will be helpful.

The idea to combine two technologies have already found a broad response that can be confirmed by the following fact:

SingularityNET is the project that presents the decentralized platform for a unified AI marketplace for companies, organizations, and developers.

In general, IoT, AI-based technologies, and blockchain have switched from the theory into practice, and in the nearest future we will continue to unveil their potential opportunities we don’t know everything about yet. Meanwhile, remember that:

1. The new technologies may carry both favorable and unfavorable (and sometimes dangerous) consequences. Therefore, it’s important to consider possible risks and after-effects:

2. New technologies development and expansion implies qualitatively new software. There are not many experienced experts in the new fields for now, therefore we recommend to be careful while choosing a team to entrust your projects.

3. Any innovations require investing effort and time. The more rock-solid the foundation is, the more reliable your future success will be! Let’s build it together!

Robots Take over Routine. How AI Helps Business to Save Money

Assistant in Your Smartphone: Mobile Banking Trends to Watch in 2020

Deal With Data: How Business learns to Profit From Big Data

Stanislav Meshkov. How Artificial Intelligence Can Help You Increase Average Spend and Customer Return in Retail

Top IT Solutions Brands Use to Engage Female Millennials Online

AR and VR in Retail: How Shopping Goes Beyond Reality

5G: Unlimited Prospects for Retailers and Headache for Engineers