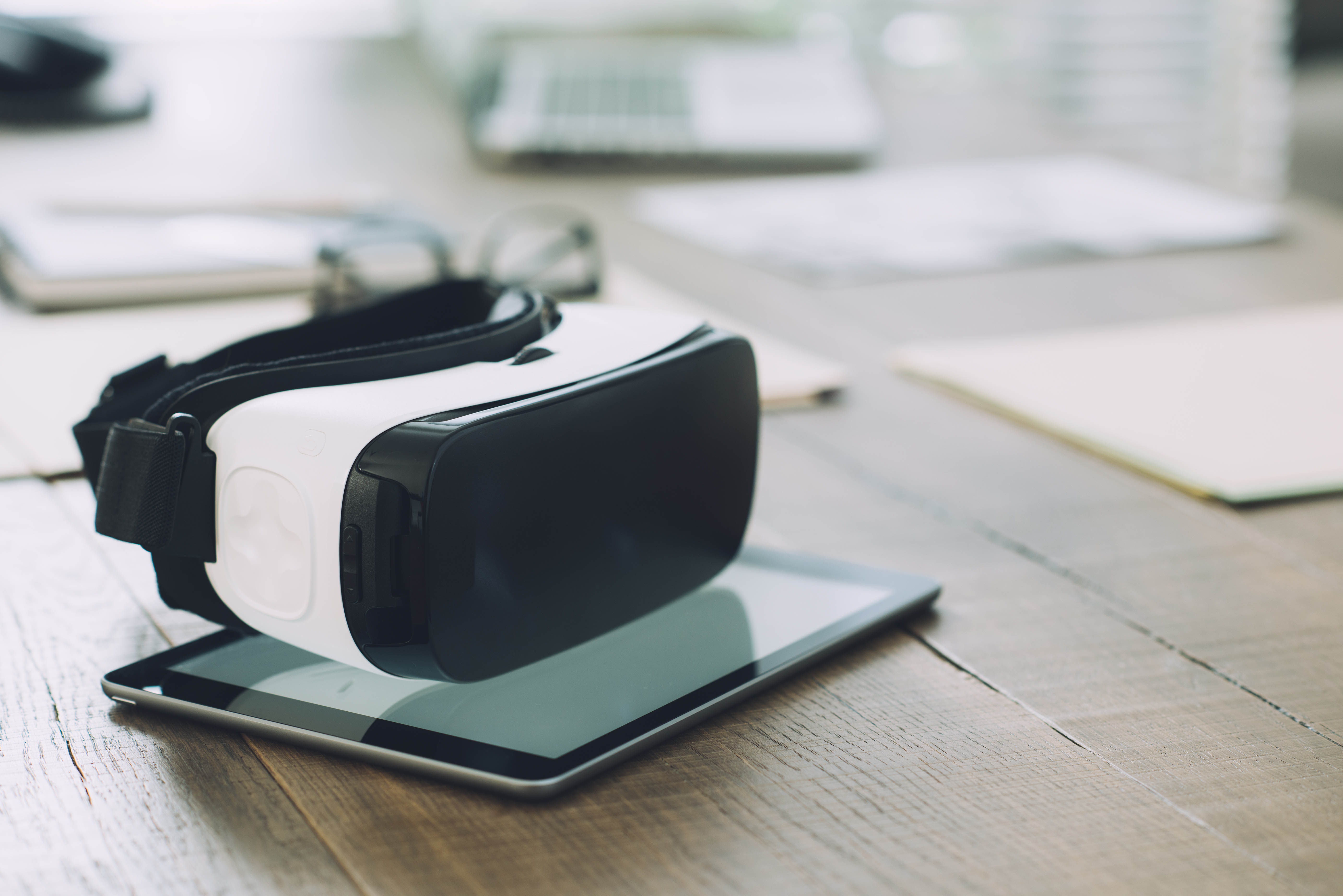 Blog / Emerging technologies — Grown Out of Playground: How to Create Virtual Reality App

Grown Out of Playground: How to Create Virtual Reality App

Disruptive technologies have become securely ingrained in our daily reality specifically because they facilitate, supplement, improve, and contribute. That means they help create the more comfortable environment for people to work and rest.

One of such technologies is Virtual reality that has already lived through the successful history, is experiencing the productive present, and has a promising future ahead. In this article, you will find the information that you lacked to take a decision, whether your business needs a VR application and whether the game is worth the candle.

Undoubtedly, the virtual reality in the form we know it now has not appeared by the wave of a magic wand but resulted from many years of hard work and experiments with virtual reality creation software.

As a consequence, from the science fiction pages and episodes of the favorite movies, the virtual reality has arrived at our homes, ceasing to be anything exotic or unattainable.

To what extent is VR popular with users?

Currently, we are witnessing the period of the rapid VR software development thanks to the active contribution of such major investors as Facebook and Google.

The user today is offered a wide variety of accessories for VR immersion: from more expensive and complicated to simpler and cheaper ones.

Ford Reality Check is intended to demonstrate the danger of the driver distraction on the road. Mostly, it is addressed to young drivers apt to ignore the risk of driver faults that may prove to be fatal.

In the app, the user is immersed in the situation where, while driving, he encounters distractions (phone calls, talkative friends). Meanwhile, the app counts the time when the driver did not look at the road. Finally, the total result is summed up.

In the course of the first tests, 90% of those who used the application admitted that the experience makes them reconsider their driving behavior.

The list of brightest cases of customized virtual reality app development can be continued further on: the fashion industry presented an amazing VR video with Kate Moss; Google Earth VR offers dizzying tours around the most beautiful places and cities of the planet, etc.

It's high time to think what place your own VR application might occupy on the list. And if you have any ideas already, contact us and turn your plans into reality!

Is this a glittering future that awaits VR?

According to Digi-Capital forecast, the AR/VR market will reach $65 billion revenue by 2024. Although the next few years will be negatively affected by the COVID-19-related factors (such as lockdown, supply chain disruption, economic recession), the same factors will positively boost the VR adoption and create new use cases. The most promising sectors for VR are considered to be media, entertainment, video streaming industries, and e-commerce.

What key challenges will VR industry have to settle?

First, there are technological limitations combined with post-crisis challenges that need to be tackled:

The second major challenge to be settled by the VR industry is lacking diverse high-quality content.

What is the possible use of VR for a social network?

In order to offer the users the possibility to communicate in the virtual reality that they create themselves.

Youtube offers immersive experience to its users with VR app on the Android Marketplace that is available on Oculus Go as well.

In what way can VR be helpful in the healthcare field?

Virtual simulators have already proved to be an effective tool for training future great doctors. But this is not the only possible option for using VR in medicine.

The virtual game SnowWorld is successfully used to improve the psychological state of the patients with burns.

The patient appears in a world of ice and snow without anything to remind of the fire that caused so much pain and scores points by throwing snowballs at penguins and snowmen.

Hunter Hoffman, Ph.D., one of the game creators, says that they intended to distract people from thoughts of an accident during wound treatment, as many of them suffer the posttraumatic stress disorder.

SnowWorld transfers the patients into the beautiful world and is developed as a simple game taking into account their restricted movement options.

Due to the game, the patients spend much less time thinking about the pain caused by burns, and this helps reduce the subjective pain and reduce stress.

Are you an owner of the clothing shop?

Provide your clients with the opportunity to quietly wander through the virtual selling floor, create a new look and try on the things they like.

Do you manage a successful AdTech or MarTech company?

Consider the fact that any data collected can be viewed using AR or VR technology. The virtual meetings can be held together with your clients and colleagues amid various graphs, diagrams, where anyone can physically change or correct them.

Are you the owner of the exciting social media resource?

Just imagine to what extent the number of your resource visitors will increase in case they will be able not only to view the content, but (albeit virtually) to visit the event you are talking about, or visit the places where things happened.

Anyway, you are the only person to know for sure, what stage of your company activity is reasonable to be supplemented with VR or AR.

"Why shouldn’t people be able to teleport wherever they want?"

So, you have got an idea of a VR application for business. The idea that you do not want to gather dust, but which asks to be brought to reality. So without any further ado let’s move on to the essentials need to consider to make virtual reality app.

As for how much the Virtual Reality application development costs, it will depend on several factors:

For some people, your future VR application will become a guide and assistant in decision-making. And maybe it will help someone to get to any place that is not to be reached in any other way, and you will fulfill his/her dreams, or the VR reality you create will teach someone to avoid mistakes, and you will save his/her life or health.

Deal with Data: How Business learns to Profit from Big Data

Stanislav Meshkov: Intelligence to help: how to increase the average bill and return users to retail using AI

Top IT Solutions Brands Use to Engage Millenial Women

AR and VR in Retail: How Shopping goes beyond Reality